As I mentioned in my previous few blog entries, I will be flying over to Singapore for a weekend getaway next Saturday and I am still considering which baked product to bring over for Patrick and Andrea as Patrick had been asking for them.

Should I bake them a Japanese Dark Pearl Chocolate Chiffon Cake or Whole Wheat Peanut Butter Banana Chocolate Chip Muffins? Or maybe both? What do you think?  Or maybe Nutella Chiffon Cake since my first attempt was a failed one. Perhaps a second attempt would be much better. Never mind, I will decide when the time is near.

Without further ado, let’s get started with the ingredients and how to make this soft and fluffy Pandan Chiffon Cake. My colleague even mentioned that it looked so much alike the Pandan Chiffon Slices sold in our local bakery shops. 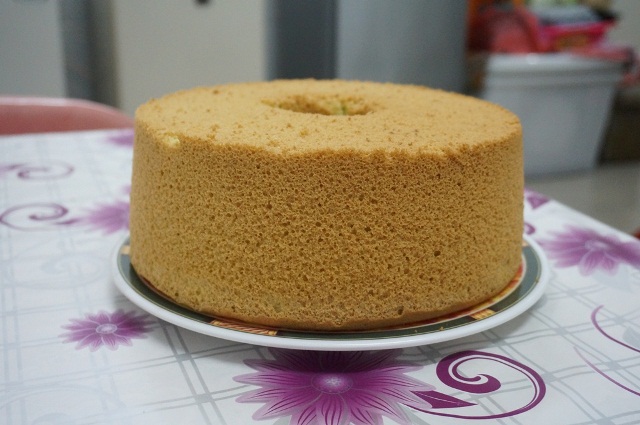 Cake texture was soft and fluffy. Taste of pandan was pretty distinctive albeit it was made with pandan paste instead of the original pandan juice. However, do store the cake in the fridge if it is not consumed on the same day as coconut milk was included in the recipe.