After our dinner at KaKa Restaurant & Catering on last Sunday evening, Sister and I met up with Jennifer for coffees as the both of them wanted to transfer each other the pictures taken while in Bali. It was so hard to find a parking space nearby Piccolo Cafe. Jennifer ended up parking her vehicle in front of Burger King and HSBC for mine. Both Sister and I had to walk a distance to reach Piccolo Cafe.

Jennifer ordered this for herself, which I remembered her saying that the coffee was a bit too sweet. 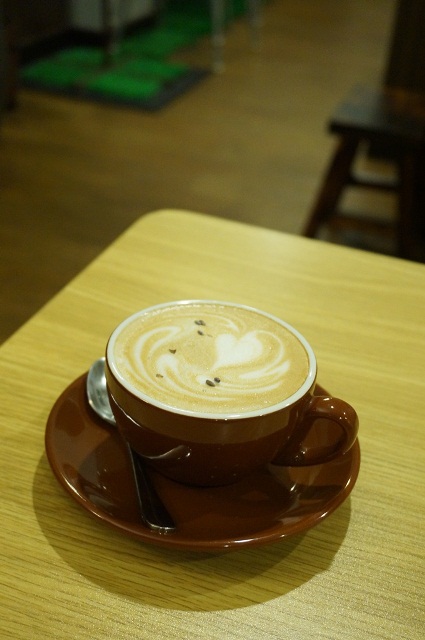 Lavender Latte for Sister whom claimed that there was no lavender taste in the beginning. It turned out that the lavender leaves or syrup sunk onto the bottom of the latte. Trick is, you should stir the coffee before drinking so that the taste will spread evenly throughout the coffee. 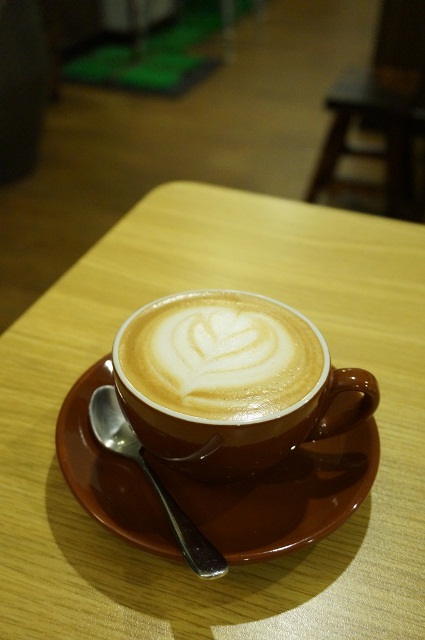 I decided to be adventurous and ordered myself their Rose Latte. It has a nice aroma of rose. Rose Latte tastes like “bandung”. Bandung is typically rose syrup anyways. It was not bad for me but I would very much prefer if it was less sweet too.

Rather disappointed with their Earl Grey Crème Brûlée as it has no taste of earl grey at all. The texture was good. It was soft, smooth and silky. Rich in milky taste but too sweet on the top crust as it was sprinkled with fine sugar to create the burnt appearance.

Craving for something else to eat apart from the Earl Grey Crème Brûlée which Sister had ordered. I wanted to try their Salted Egg Yolk Fries but not advisable since it was late in the evening already.

This sandwich came with generous portion of tuna fillings but I personally thought that the fillings lacked in flavors. The sandwich bun was soft when warm but turned rather tough and hard when exposed to air for a longer period. I think I preferred the Chicken Teriyaki Sandwich which I had previously from Piccolo Cafe.