Disclaimer: Some pictures had been edited for privacy reason.

The entire family and I went to Singapore last week for a short weekend getaway. It was Sister’s initial plan to fly over to Singapore on her own to meet a university friend and I asked if I could tag along as well. It turned into a family vacation by the end of the day. LOL! All four of us flew to Singapore via Royal Brunei Airline last Friday morning. 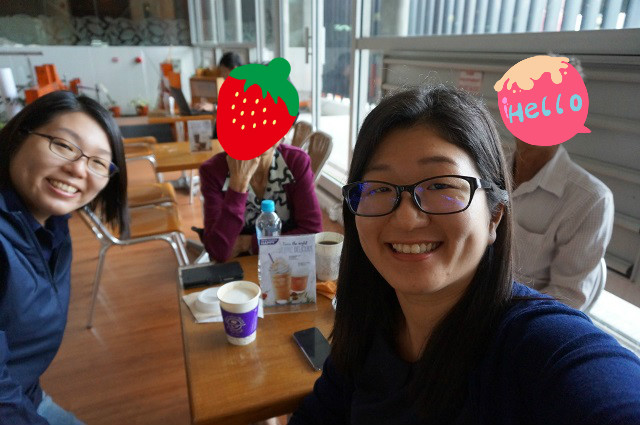 Before boarding, we had our caffeine fix at The Coffee Bean & Tea Leaf (CBTL) situated in the Departure lobby. There were not much shops to hang around inside the departure area. So, CBTL is our ideal hangout spot to kill time until it was time to board. Flight time was approximately two hours and time was spent watching Legend of The Blue Sea on board.

Landing was smooth and we were done with clearances rather quickly. We proceeded to the Arrival Hall for currency exchange and collected the portable WiFi router which I reserved from Changi Recommends prior to our vacation. For your information, you can exchange Brunei Dollars to Singapore Dollars at the rate of 1:1 at the UOB counter located nearby Belt 31 to 34 at the Arrival Hall. Sister tried Travelex and the rate was B$100 to S$86. However, do take note that S$300 is only allowed per person.

We took MRT from the airport to the nearest MRT station to our accommodation – Louis Kienne Serviced Residences Havelock. It showed on the map that the nearest MRT Station is Outram Park. Unfortunately, it took us more than 40 minutes by foot to reach Louis Kienne upon exiting Outram Park Station. It was supposedly a 15 minutes foot journey but dragged due to the road work maintenance around the area and we had to make several detours.

Check-in procedure was a brisk and we rested for an hour or two before we headed out to meet Annie and her family for dinner at Bugis Junction. Dinner was at Yoogane located inside Bugis Junction. Venue was not planned ahead and all gave me the green light to choose a venue for dinner. Most of us were starving at the time so I chose the nearest Korean restaurant nearby and Yoogane was the convenient choice. 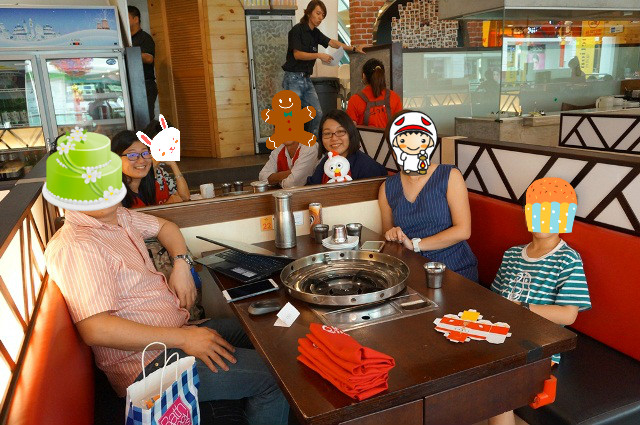 Group picture together before our foods were served. In the picture were Steven, Annie and Anson with our family. It was a heavy meal at Yoogane the other day. I was pretty much bloated after the meal. But thankfully, they digested rather quickly and I was able to go for second round for dessert. LOL! 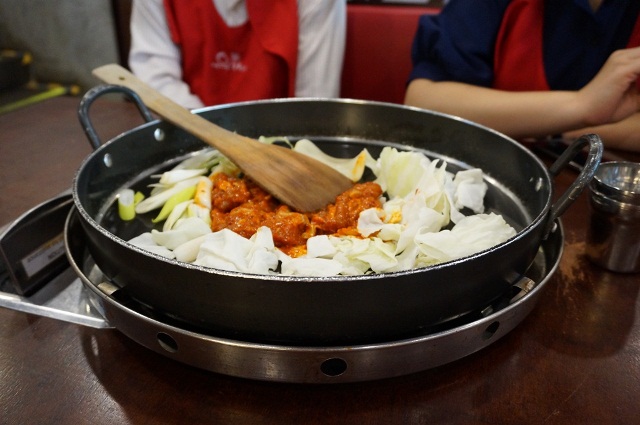 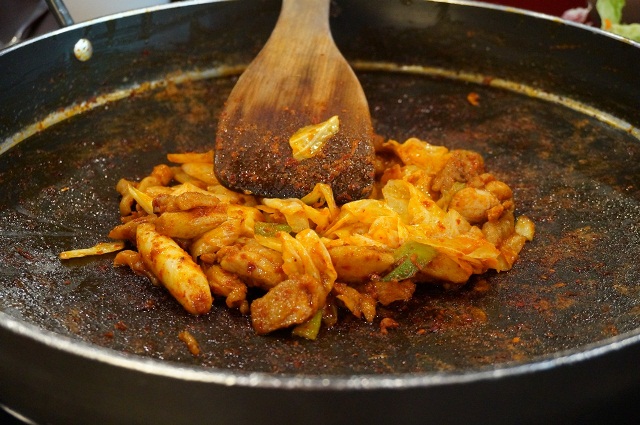 I was craving for spicy Korean food. So, I got a portion of this to share. Albeit craving for spicy food, there is still a certain tolerance level when it comes to spicy food. So, I asked the waitress how spicy this could go. She replied saying that the spiciness is the same as preserved kimchi. Little did I know that their preserved kimchi was spicier compared to the ones I usually have here in Brunei. Albeit spicy, they were extremely addictive.

The chicken was just as tender as stated on their menu but I think it was probably because they use the meat of a chicken thigh. The spicy sauce with chicken meat went so well with steaming hot rice. 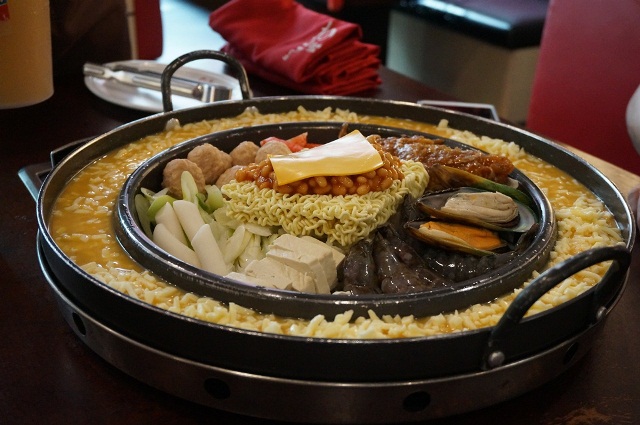 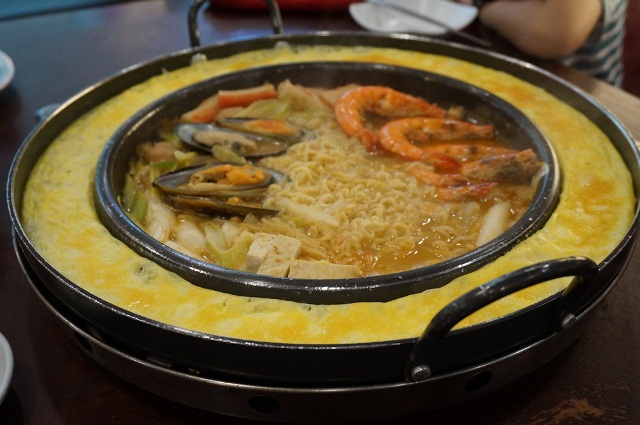 It took quite some time for this entire stew to be fully cooked. But no worry, there will be a staff attending to this stew until it was fully done. I liked the texture of the ramyun noodles. It was cooked to the texture which I love. The egg on the side has shredded cheese in it. So, if you love cheese, you will love the egg. 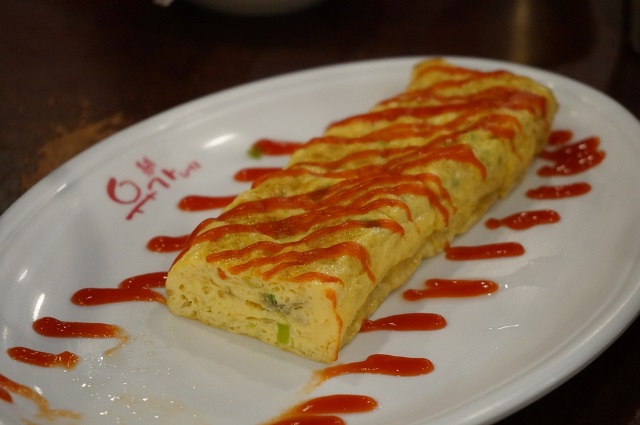 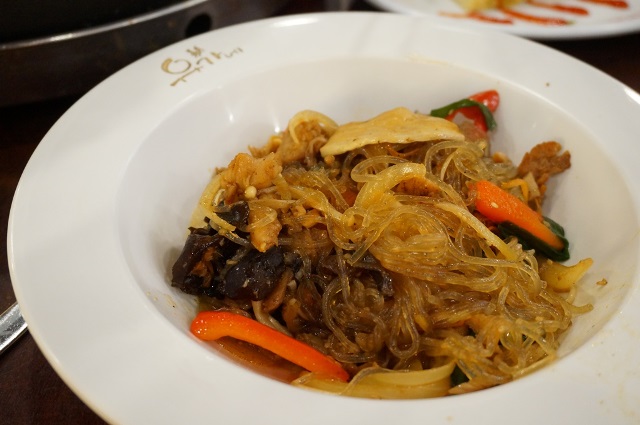 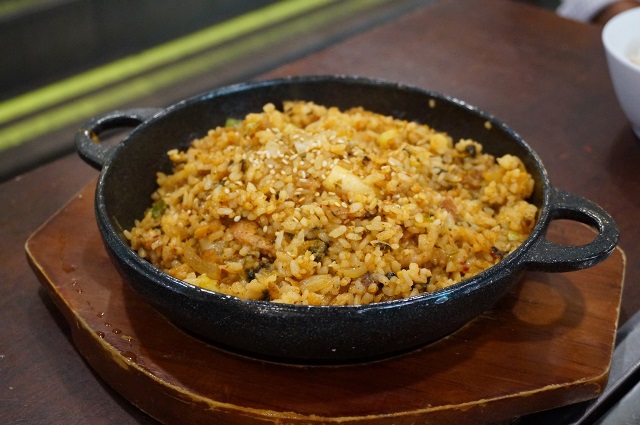 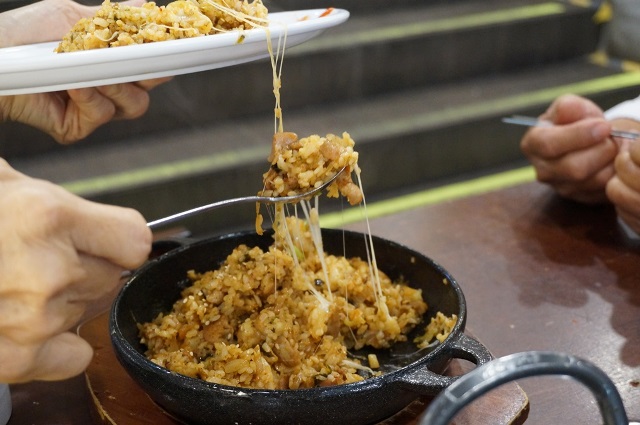 Will you look at the cheese streaks???!!! It was good and yet sinful at the same time. Hence, we all ate this in moderation. LOL!

After dinner at Yoogane, we walked around Bugis Junction to digest part of the Korean food that we ate earlier on before heading for desserts at Ah Chew Desserts. Unfortunately, we found out that Ah Chew Desserts was not open until the next day during this festive season. I did not bother to do research prior to going as I assumed that they will be open since it was the 7th day of Chinese New Year. We decided to get our dessert fix at JiDeChi Dessert since it is located along the same street. 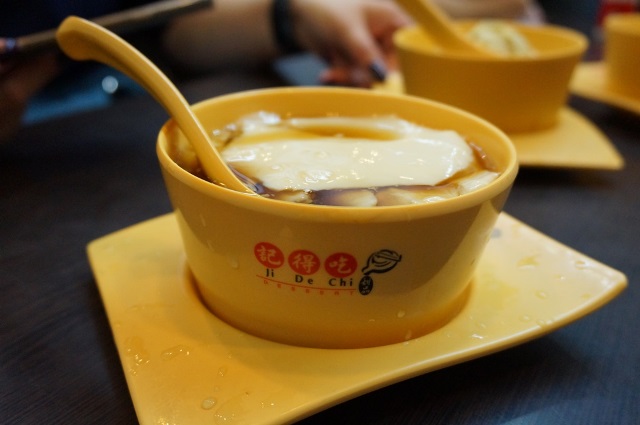 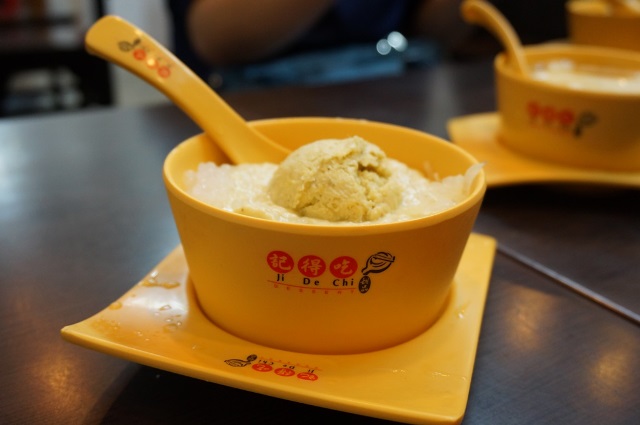 Self-explanatory that this was mine and I shared it with Sister. Sister ordered three items for herself inclusive of this. She had Ginger Bean Curd as well. The durian paste was pureed topped with a scoop of Durian ice-cream, sago and Pomelo flesh. If you like thick durian pureed paste, you will like this dessert. For me, I am in neutral position as I neither like nor dislike. 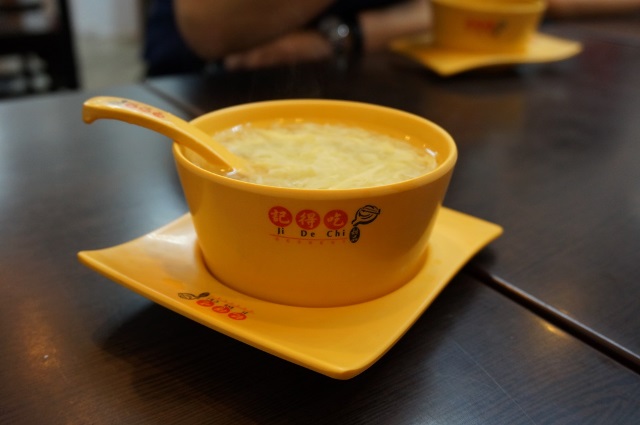 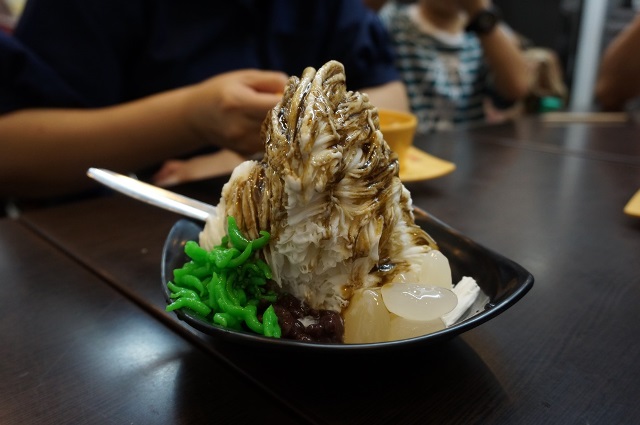 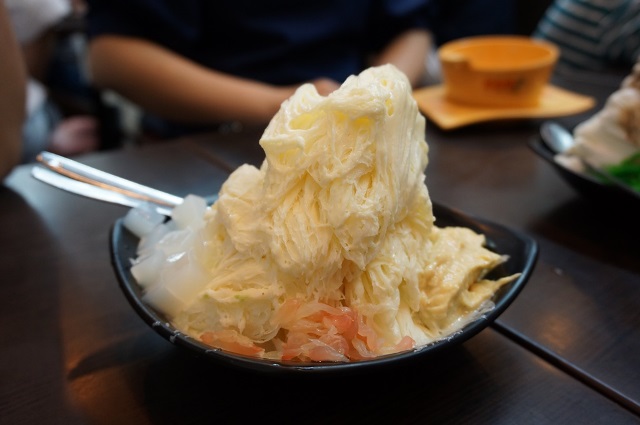 To be honest, I think I preferred this Durian Flavor Snow Ice over Durian with Pomelo Sago. The snow ice texture was smooth, fluffy and melted instantly on your tongue. The durian taste is not extremely prominent but you could still make out the taste. Best paired with the durian pureed paste that came with. 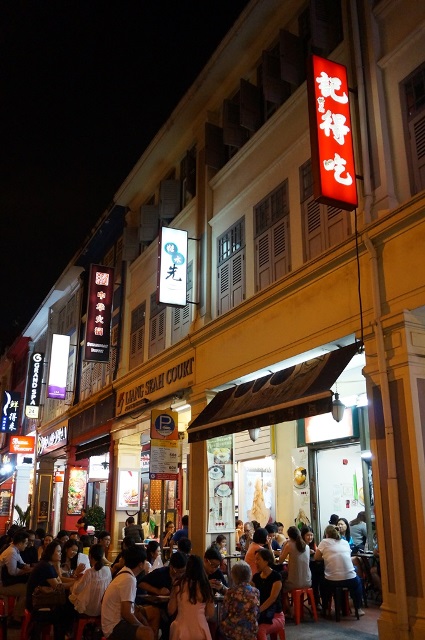 The place was not even half packed when we first arrived but there was a short queue when we left half an hour later. Jennifer recommended me another dessert place located a few shop units away from JiDeChi Desserts for their Durian desserts. I think I will try the place the next time I visit Singapore.

So, this basically summed up today’s blog entry of my Singapore vacation. Do stay tune if you wish to find out more of the tourist spots that we went to this time round. See ya …