I was at Miri earlier this week with Mom for my medical review appointment at SK Wong Clinic. We left home around 6:50AM and only managed to arrive Boulevard around some time around 9:15AM. I had intended to bring Mom for a dim sum breakfast around Pelita Commercial but seeing how time limited it was, I decided not to.

My medical review was good as the doctor mentioned that there was nothing to worry about. However, he advised me to get vaccine for Hepatitis A and B as it was shown on my medical report that I am not immune to them. Sister strongly suggested that I get myself vaccinated as well since I travel at least once a year and I always eat out than home.

After we were done with my appointment, I drove to Bintang Megamall to buy a car seat thingy which Dad requested and some padlocks which a friend requested. It was nearing lunch time when the both of us decided that there was nothing much for us to buy or see. I ended up not getting any skincare product this time round as I was short of RM and I could not bring myself to use my credit card as the bank’s exchange rate was bad.

We decided to head for lunch before returning to Bandar. I brought Mom to DA SA RANG Korean BBQ Restaurant after seeing quite a few promising reviews on Facebook. The last time when Jennifer and I stayed at Pullman Miri Waterfront, we passed by the restaurant and it was close for midday break.

The restaurant is extremely spacious and big in size. It is able to accommodate a big amount of patrons at the same time. I think the restaurant was opened not long ago as congratulatory flower bouquets were still present nearby the entrance. Upon entering the restaurant, you will be greeted with BBQ smell as BBQ pork is one of their specialty dishes.

Without further ado, let me show you what we had for lunch the other day … 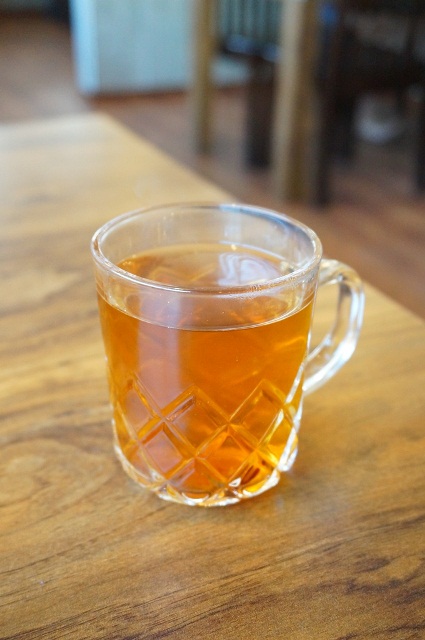 Complimentary banchan which came with our main courses. The kimchi was pretty good in my opinion and it was spicy enough for my liking.

As usual, Kimbap is one of my favorite dishes in a Korean restaurant. However, this was rather disappointing in my opinion. Both Mom and I agreed that this was not good as the rice was overcooked and it was sort of wet and mushy. 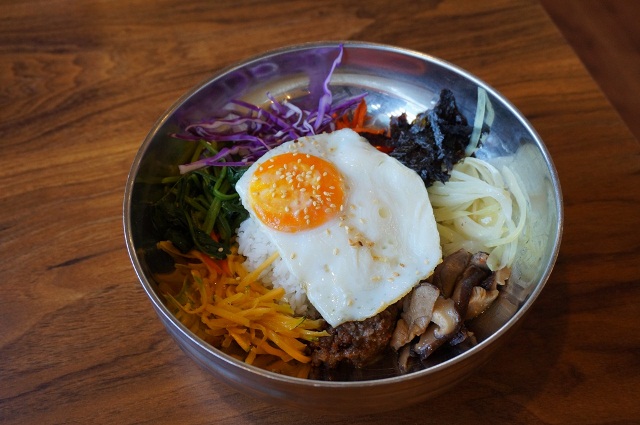 Mom’s favorite dish to order in a Korean restaurant is always Jja Jang Myeon but it was unavailable at DA SA RANG at the time. So, we decided to share Bibimbab.

Instead of being served chili paste in saucer plate, they will serve Bibimbab with a bottle of chili paste which you could add into your Bibimbab to your preference. I had a little too much and Mom complained that it was too spicy. My usual style of mixing Bibimbab is to add in the kimchi from the banchan. But seeing that Mom was unable to tolerate the spiciness, I decided to eat the kimchi separately. LOL!

If I were to return again, I would go for Dolsot Bibimbab than their regular Bibimbab as everything in the bowl were in room temperature which I am not at all keen of. The sunny side up was prepared beforehand hence the texture was slightly chewy when it had been left in the air for some time. 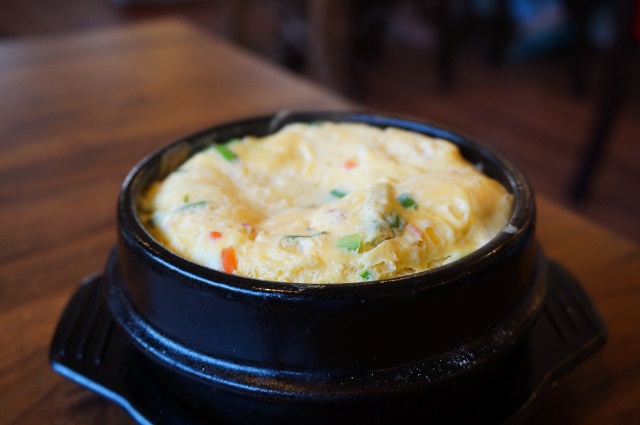 This was nothing much to rave about in my opinion. It tasted bland at first as we had it after eating the over spicy Bibimbab. So, I requested for the remaining to be taken away. We had it for dinner later in the evening and the flavors came through. It was not strong but acceptable in my opinion.

Verdict: Location is pretty good as it is located in the city centre. However, parking may be a bit hard if you are looking for stone throw away distance. There was no empty space nearby so I had to park my car at the parking lot across Pullman Miri Waterfront.

Food wise, I think it was hit and miss as I did not go for their bestselling ones. San Diann sang praises of their Grilled Pork. As I had Mom with me the other day, I ordered based on what she could eat. However, I do not mind returning again next time to try out some other dishes.