I went to Flour & Butter Cafe two days in a row. I was there last Saturday evening after work to meet up with a friend for coffee and yesterday with San Diann, Shew Hiang and Clara for high tea as we were not full from our lunch at Sarang Korean Restaurant. We picked Clara from Muara Ferry Terminal as she went to Labuan over the weekend to visit her fiancé.

It was about 4PM when we arrived Flour & Butter Cafe. The cafe looked extremely packed from the outside but there was a table for four vacant by the window and we took it instantly. Flour & Butter Cafe had recently launched their rendition of Nasi Lemak Burger and we were intrigued to try. So, we ordered one to share along with some cakes.

Without further ado, let me show you what we had yesterday afternoon … 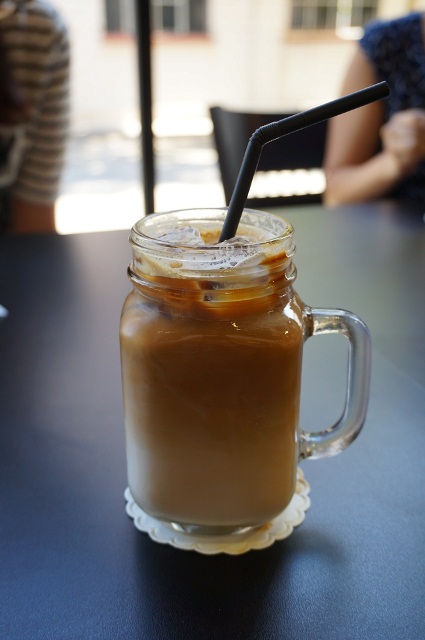 Nasi Lemak Burger isn’t new in the market as I remembered Rack & Brew Boutique Cafe having their own rendition as soon as they were open. However, Nasi Lemak Burger became a hit when McDonald’s in Singapore launched it as part of their limited edition menu for National Day.

This Nasi Lemak Burger came with the mandatory condiments of making Nasi Lemak. It consisted of cucumber slices, chicken, sunny side up and sambal chili paste with anchovies. They had fries as sides which you could choose between regular or coffee fries. We went for regular fries as I preferred it over coffee fries.

The deep fried chicken fillet was made with chicken breast. It was crispy and crunchy. Pretty good, I must say but I think my friends did not like it as much as I did. According to them, it lacked flavoring. However, I was rather disappointed with their sambal chili paste as it lacked the spicy kick. 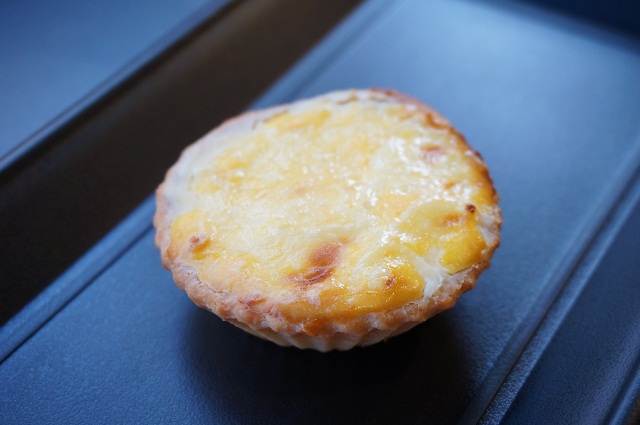 One of the latest creation of Flour & Butter Cafe was their rendition of Lava Cheese Tart. They were displayed along with Chicken Pie. They caught my attention when I was coming back from the washroom. I asked the gang if they would like to try it and they instantly agreed. We ordered a piece to share.

It was good and it had the lava flowy texture. The cream cheese filling had the combination of creamy and tangy. Most importantly, the crust was good with a crunchy texture. The four of us liked it and I think it was the best one which I had in Brunei. 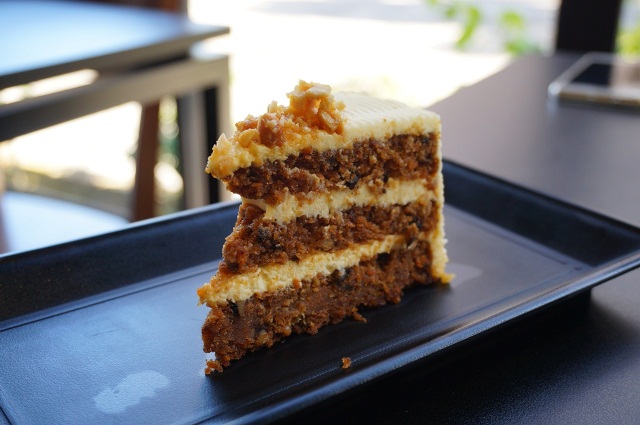 I ordered a slice of Carrot Cake to share. I had wanted to order a slice the night before but it was too late for dessert. You must love cinnamon to fully enjoy a Carrot Cake. The cake was sandwiched with generous layers of cream cheese frosting. I usually leave out the cream cheese frosting as they tend to be overwhelming when had too much. 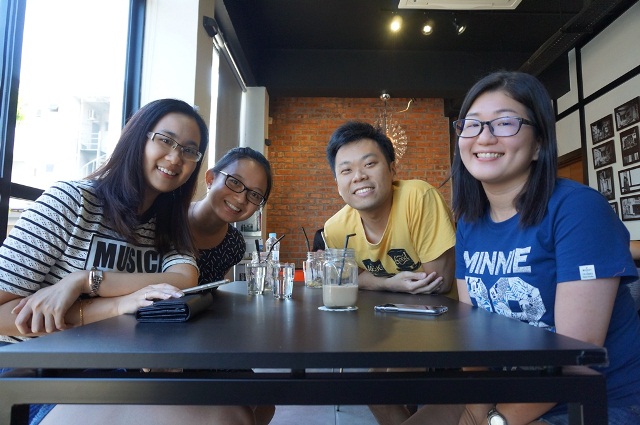 We ended our gathering with a group picture. Instead of doing selfie like we always did, I decided to use the timer setting of my camera so that it wouldn’t blur out some of our faces when focusing. It took me two attempts before I was able to get this shot. The uncles from the next table must be wondering what was I doing. I had to use a tissue dispenser to hold my camera so that I could get the right angle.