I woke up earlier than usual this morning as I needed to run some errands with my parents before heading to work. I slept quite late than usual yesterday evening as I had been catching up with my recent Taiwanese drama series addiction. I had finally completed watching The King of Romance.

However, I had decided to switch back to Korean drama series after having finished The King of Romance. Reason being, I could not find any Taiwanese drama series which caught my fancy at the moment. There were couple few actually but still airing as we speak. So, I decided to wait until they finished airing. 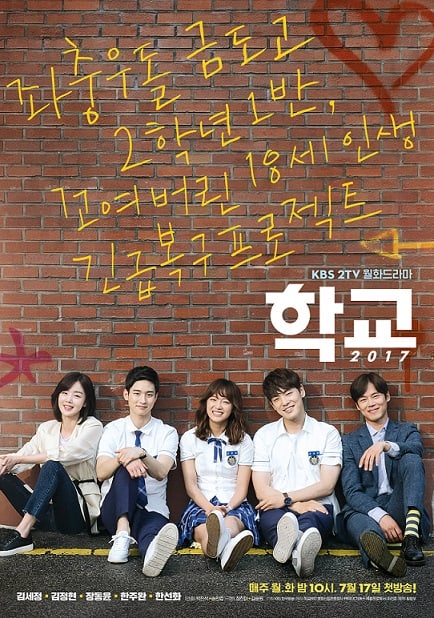 School is a franchise Seoul drama series from KBS2. This is the seventh installment of the said drama series. I had downloaded the 2015 version but have yet watched it. I had watched a couple of School 2017 teasers on Instagram and I am hoping that it will be good.