I had finished about 80% of my luggage packing and left with some last minute ones. I still have some extra time to kill as I would only be heading to the airport two hours later. Since I am having some extra time to spare, I will draft this blog entry early and schedule for posting today’s midnight.

After our lunch at Guksu in Raffles City, Sister and I headed home to drop off our purchases. We rested a bit and took the metro to Tiong Bahru for Plain Vanilla Bakery. It had been in my to-visit cafe for this Singapore trip and I am glad that we made it. 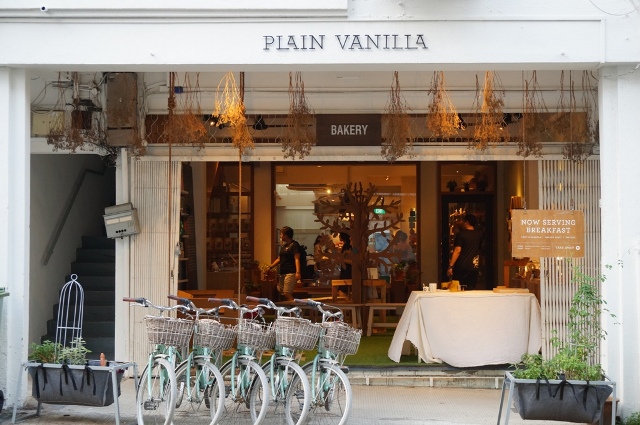 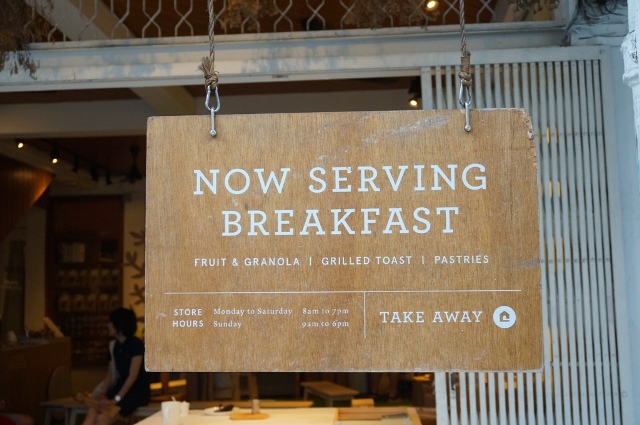 Aside from serving desserts and beverages, Plain Vanilla Bakery had also included breakfast options into their menu.

made with Sticky Chai Tea blend

Despite I had been telling Sister that I am craving for coffee, I ordered their Chai Tea Latte instead. It was pretty good in spite of the sweetness that I find it a bit too much for my liking. In terms of the taste of Chai, it was strong enough for me and some ground cinnamon powder was sprinkled on top of the milk foam. 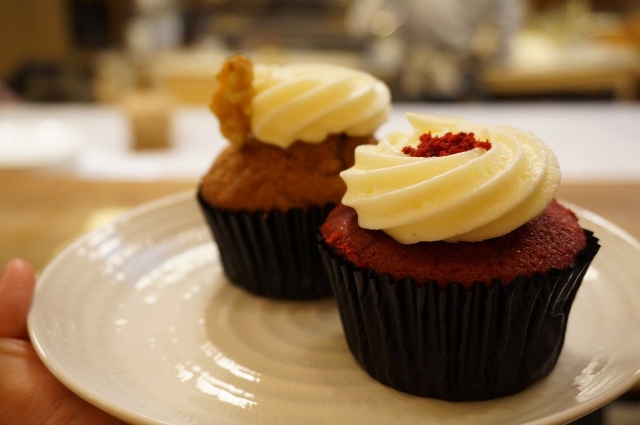 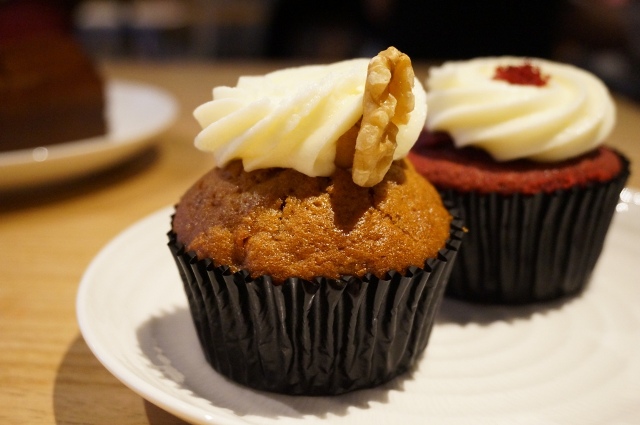 I was intrigued to try their Matcha White Chocolate Cupcake prior to going Plain Vanilla Bakery. It wasn’t available at the time we were there hence I got the Red Velvet Cupcake and Carrot Cupcake.

The former was denser in texture compared to the latter. We both agreed that the cupcakes were less sweeter compared to the ones that we previously had and it was a good thing. Good for those who are conscious about their sugar intake.

The frosting swirl on the top was however too sweet for my liking. I was anticipating a cream cheese swirl frosting but it wasn’t. It was more like a sugar frosting to me. So, I am guessing that since the swirl frosting would be sweet, they lessened the sugar content in their cupcakes. 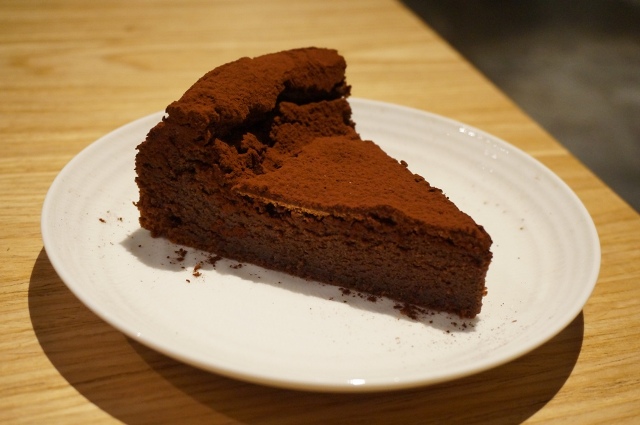 Eating utensils were provided on self-service basis along with bottomless refill of plain water. However, the long table that we were seated on at the back of the cafe was shaky. I think it was missing a screw on the stool? Maybe they should get the table fixed before it collapses for real?