As I would be meeting San Diann at Flour & Butter Cafe before heading to The Mall for More Than Blue, Jennifer was nice enough to suggest that we have lunch at somewhere nearby Flour & Butter Cafe. Our initial plan for lunch was some Pakistani food at Seri Damai Restaurant.

Unfortunately, Jennifer woke up with a mild sore throat in the morning and she didn’t want to risk worsening it. So, she asked if I would be okay changing the venue instead. She came up with Food Messenger as one of the options so that it would be convenient for me to head to Flour & Butter Cafe after lunch.

As I had never been to Food Messenger after the takeover, I agreed. The new owner did a complete revamp of the place and gave it a new face lift. The cafe was girly in my opinion, appropriate for birthday parties, bridal shower and baby shower. It is definitely not a place where guys would organize birthday parties for their brothers. LOL!

Without further ado, let me show you what Jennifer and I had for lunch yesterday afternoon!

Jennifer and I wanted to try their Chicken Floss Gua Bao but it was unavailable yesterday. Perhaps they ran out of chicken floss? So, we got Chicken Curry Gua Bao instead. I was craving for spicy food to be honest. The chicken cutlet was breaded and deep with a coating of spices.

Oddly enough, Taiwanese version of curry was different than what I expected. Perhaps I am used to the creamy version and coconut milk infused kind of local curry. Having said so, it was still one good Chicken Curry Gua Bao despite the slight difference in taste.

For our individual main course, I had their Kueh Tiaw Wanton Soup. The Wanton Soup alone was B$4.00 each and additional B$1.00 for the noodle. They have several noodle types to choose from – Bee Hoon, Kolo Mee, Kueh Tiaw, Rice Vermicelli, Udon and Yellow Noodle.

I had Kueh Tiaw. As you can see in the picture above, the Wanton(s) were deep fried before serving. I was expecting the boiled kind of Wanton(s). The filling tasted oddly sour in my opinion. I wasn’t sure if the freshness was compromised or vinegar was added in the process of marination. The soup was clear but flavorful at the same time.

Instead of having beef noodles, Jennifer ordered their Udon with Braised Chicken so that I could have a taste of it. Both Udon and the chicken were well braised and marinated in my opinion. The latter was soft and tender. The marination tasted strong of five spices powder. Those who aren’t a big fan of five spices powder may not like this. The sauce was rather too sweet for my liking. It would be nicer if the sauce was less sweet.

Verdict: I was surprised to see that the cafe was empty at the time when I walked in at 1PM. Upon seated, I was being handed an iPad for menu. Their menu was saved in the form of PDF file in the iPad. It wasn’t very user friendly in my opinion as it took time for the file to load.

Food didn’t take long to be served after order had been placed. However, Gua Bao were served after the both main courses had been served. The food were good enough in my opinion. To be honest, they had surpassed my expectation but still have space for improvement.

I had completed Boss & Me last Monday morning and I think it was one of the shortest time which I took to finish up a drama series. If you need some humor in your life, try Boss & Me. I don’t think I had laughed so much in a drama series. Another series to consider was Sweet Dreams.

I had thought of continuing with Meteor Garden 2018 but I had downloaded a number of Korean drama series but have yet watched. I had watched bits and bobs of Familiar Wife while in Singapore and it was pretty good as well. 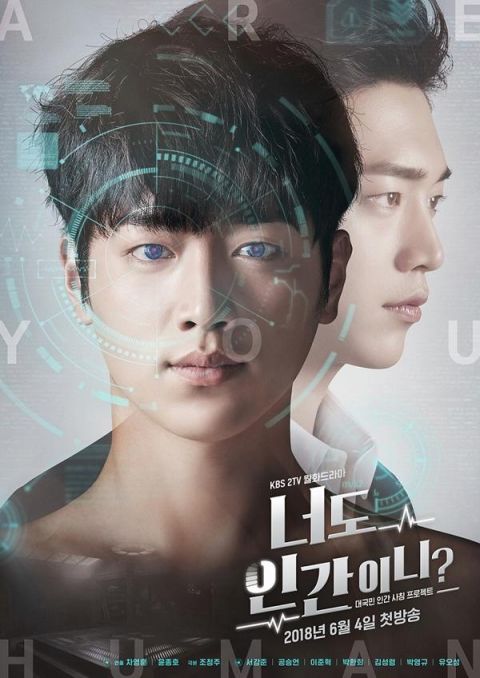 I am currently on the first episode of Are You Human? and it was pretty good as of now. Sister had watched this drama series and didn’t complain. So, I am taking that she liked it. LOL!

I had placed an order from Hermo.my this afternoon so I am hoping that my delivery would arrive Miri on time for my pickup next week. I didn’t order loads this time round as I still had plenty from my previous duty free purchases. I only got myself a moisturizer from Hada Labo and the remaining loots were Jennifer’s. LOL!

Brunch this morning was at P.S Cafe in Raffles City as Sister had a physio appointment in the building at 11AM. They have a few branches across Singapore located at different areas. We chose Raffles City for the sake of convenience.

PS.Cafe opens at 9:30AM and we got there five minutes to 10AM. The place is nicely decorated and cozy. The lighting was good and hence most of the pictures turned out great.

I didn’t order any beverage as I brought warm water with me to brunch. Sister ordered Beet Boost and was happy with her choice. She complimented that the juice tasted extremely distinctive of beetroots!

We intended to order Almond and Chia Seed Granola but decided to try their Superfood Salad when we saw it on the menu. Despite being steeply priced, it was really good. The baked pumpkin was my favorite bit and the toasted almonds were nicely done. The greens were fresh and crisp.

The focaccia was toasted and buttered, topped with sliced avocado, smoked salmon, two poached eggs and hollandaise sauce. The sides came with some pickled gherkins, grilled asparagus and cherry tomatoes. The cherry tomatoes were slightly sour but juicy.

I personally thought that the main highlight of their Salmon Benedict was the hollandaise sauce. It was smooth and creamy. It paired extremely well with the smoked salmon and avocado. The smoked salmon was however extremely salty for our liking and they had to be eaten with the toasted focaccia. Not advisable to be eaten on it’s own.