We have a new Korean dessert cafe in town after Caffè Bene. Sulbingsoo, the new kid in town has been in operation for about a week or so. The owner was just hanging the signboard on the day when Jennifer and I had lunch at Kausar Cafe some time end of last month.

Jennifer and I agreed to meet at 2:30PM since we were not meeting for lunch but desserts. Eric joined us this time round. I was the first to arrive since I had gotten my bank errands sorted out early. The place was half packed at the time when I arrived and I managed to secure a table for four right after I placed my order. There was a huge high table in the centre of the cafe, suitable for a big group.

Sulbingsoo is an upscale international dessert cafe chain originated from South Korea. I wonder if this Sulbingsoo we have here in Brunei is actually Sulbing from South Korea as I could not find any franchise chain by the name of Sulbingsoo on the Internet.

Anyways, enough of the background check and let’s get started with the food pictures! 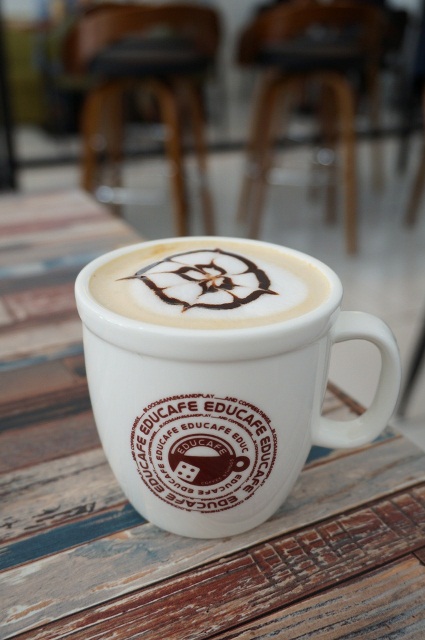 I had Matcha Latte since I had been trying to reduce coffee intake. I like that it had a distinct Matcha taste and it was not sweet. As a matter of fact, it tasted slightly bitter. They are serving both coffee and non-coffee based Matcha Latte. If you want some coffee in your Matcha Latte, you could always opt for the coffee based version.

Our Melon Bingsoo was served in a half melon, filled with melon flavored shaved ice, red beans, melon balls and topped with a scoop of vanilla ice-cream and some dried cranberries on the top. If you prefer more sweetness, you could always add in the sweet milk syrup served with the Melon Bingsoo. The melon balls were frozen to sorbet texture.

If you want something refreshing and yet sound healthy at the same time, I would strongly recommend their Melon Bingsoo. 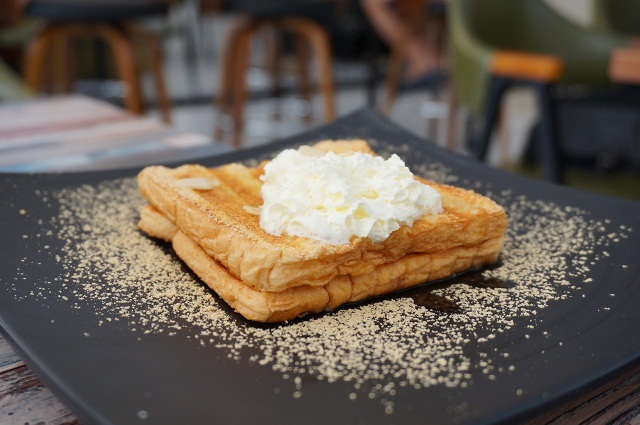 Injeolmi Toast with Whipped Cream | B$5.50

Injeolmi is the Korean version of our local Mwah Chee and it was stuffed in between two slices of toasted white sandwich bread. The white bread slices were toasted with a panini presser. I think this was pretty good but the three of us agreed that the toast was slightly hard to chew.

Verdict: Customer service was okay in my opinion. Our Melon Bingsoo came serving approximately 30 minutes after we placed our orders. I think there was a bit of mix up with the ordering system as the patrons who ordered after us got their food before us. And the staff members almost served me with foods which I did not order twice.

We find it rather odd that they did not make use of their POS system when it was readily available at the counter for order taking and payment. So, we assumed that there was probably some technical glitches or what not at the moment.

I do not mind returning again to try out their Mango Cheesecake Bingsoo but I am hoping that I would not have to wait another 30 minutes for it.